THE CRAZY GUY FROM KOREA 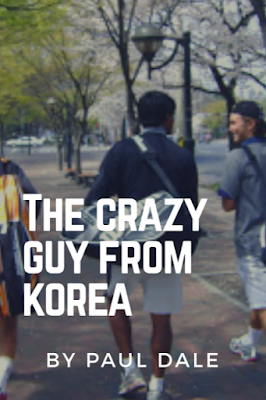 The Korean guy in the front row was losing control.


It was 1991 and Beijing was the venue for the Asian Games.  We were playing for at least a Mixed Doubles bronze medal and Thailand hadn’t won an Asian Games medal in tennis for almost 40 years! Personally, this was the biggest match of my tenure as Thai National Tennis Coach.

The Thai team of Wittaya Samret and Orawan Thampensri were in a match with a typically tough Korean team.  You can always count on Koreans to make it a battle.  They are always in great shape physically, mentally very strong and always 100% committed.


I had encountered the Korean attitude in many events prior to this.  Players from Korea could sometimes over-step the boundary of what was considered good sportsmanship sometimes.  This didn’t make them any friends on the tennis circuit and I had even witnessed Korean coaches physically abusing players several times.

I’m not sure whether or not the guy in the front row was a coach attached to the team or not, but he was calling instructions between each point.  The rules of tennis clearly state that you can not communicate with the players in any way during the match, either verbally or with signals.


Several times he had been warned about communicating with the players’ during the match but he continued to do so.


I caught his attention and asked him to stop talking to the players.  He replied that he was not “coaching” the players which, even if true, didn’t alter the fact that he was communicating non-stop with them.

News of the match had also now spread to other sporting venues in Beijing and the Thai media covering the Asian Games started arriving at the tennis venue in anticipation of a rare tennis medal for Thailand. Every Thai television channel was represented and all the Thai newspapers were there.


I already knew all the Thai media people from other events we had played and they had always supported me personally and written favorable articles about my work with the Thai team.  For them and me, an Asian Games medal was the icing on the cake.

But there was still the matter of this crazy Korean guy in the front row!  As the Thai duo began to dominate, he got more and more irate.  Once again I asked him to stop communicating with his players.  This time however he began climbing the seats in front of me with the clear intention of punching my head off my shoulders!  As he climbed over the first row and made his way up to my seat he continued shouting abuse at me, the blood vessels in his neck bulging and his face turning purple.


The media guys around me began sensing a much bigger story than the Thai Mixed Doubles team picking up a bronze medal!  Camera lenses were poised for the biggest scope of their fortnight in Beijing. I could visualize the headlines in Thailand the next day announcing “Thai Tennis Coach Involved in Brawl at Asian Games”.


Thankfully other more sensible Koreans in the group had a firm grip of his jacket and pulled him back to his seat.  Several from the Thai Media were claiming “He was going to pick a fight with you”! Still concerned about newspaper headlines the next morning I deflected their concerns by down-playing the whole incident.

For years after Beijing I never traveled to Korea.  I guess my early experiences put me off going there, believing that the place would not be that friendly and the people difficult.  When I did actually go there several years ago with players I was shocked to find one of the prettiest countries, and the friendliest people you would wish to meet.  What a contrast!


Today it would be my first pick of countries to live.  However if I ever did live there I might have to keep looking over my shoulder for that crazy guy from Beijing! 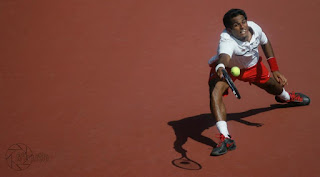 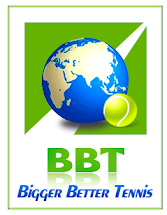