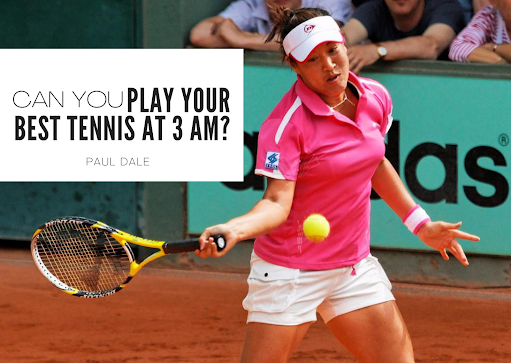 Several years ago I was on a practice court with Tamarine Tanasugarn. She was part of a team that had traveled with me overseas to compete. It was 7am and everyone was taking time to adjust to the unfamiliar conditions. Everyone except Tamarine that is! This was our first practice session after the long flight. Tamarine was striking the ball as cleanly as ever.   Her timing was perfect from the first ball until the last. What created her ability to adapt so well to the conditions and thrive? Later Paradorn Srichaphan, who reached a career high of #9 ATP had the same adaptability. I began to ask myself what this quality was and more importantly whether I could actually teach it to my students on-court. I began to formulate what I called 'The 3am Theory', the ability to play your best tennis at anytime, anywhere, on any surface, any, any… even at 3am in the morning.   Imagine you were woken from a sound sleep at 3am and asked to play a tie-break against a tough o
5 comments
Read more

Is there a resurgence in the use of underspin in tennis today? Having witnessed years of topspin domination (and underspin neglect) are we, at last, seeing underspin getting the recognition it deserves? I think we are. For too many years players have relied almost totally on topspin to attack and defend in points.    This new trend from the top male and female players in tennis may be signaling a new and exciting era for the once-maligned underspin. During this year's French Open players were mixing in underspin groundstrokes during the rally to keep the ball low, and using underpin to help defend the point whenever needed. Underspin is also a key element when playing the drop shot which we are seeing much more now in rallies, particularly by Novak Djokovic   "...players today must have a good understanding of how to technically incorporate under-spin into their game, and just as important, when to execute under-spin during the point."    As tennis gets more and mo
Post a Comment
Location: Palliser Rd, London W14 9EQ, UK
Read more

THE VOLLEY IS THE WORST TAUGHT STROKE IN TENNIS 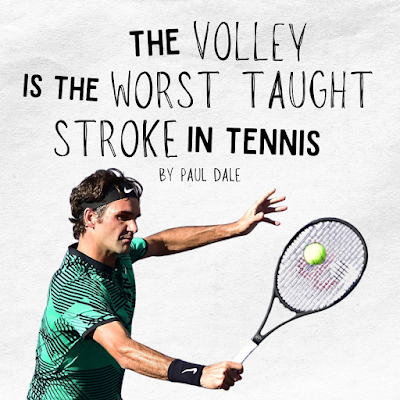 As a coach, I've always believed in allowing my students to develop their own games naturally as much as possible. I often provide the lead but later I like to see my players find solutions to their own problems. I design the lesson plan, create the most appropriate drills for the topic and provide feedback whenever necessary. However, once all this is successfully taking place on the practice court it's often best for me to literally take a step back and allow players the freedom of self-discovery. The only time I seldom let this happen is when I'm teaching the Volley. I find that most players have a warped idea of how the Volley should work. Perhaps this is because they've watched the pros volley on TV and feel they now understand how it should be performed and can easily imitate what they saw.  If left to their own devices the vast majority of students would flounder around in lessons trying to perfect their volley game over a long period of time.  Because of the mi
Post a Comment
Read more 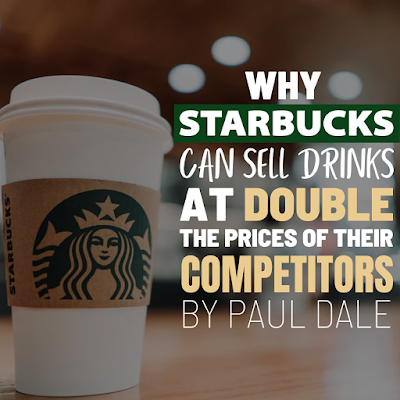 Starbucks knows its coffee-drinking customers much better than any of its competitors. How else do you explain why Starbucks customers happily purchase its products at inflated prices, and yet their stores are always full of contented patrons? If you know me at all you know that I'm a huge Starbucks fan, it's my go-to place to work and relax. But I don't like coffee! Often as I make my way to a Starbucks coffee shop (Starbucks operates 372 stores in Thailand, most of them located in Bangkok), I can't help but notice the other empty coffee shops within the exact same mall. The difference is stark and anyone interested in marketing or improving their own business should be looking at this phenomenon and trying to understand what's going on here. The stores of Starbucks competitors in the same mall look great and their drinks taste great too, probably in some cases even better. Why then are Starbucks still able to do so well in the face of so much competition? The answ
Post a Comment
Location: Khun Kuan, Pong District, Phayao, Thailand
Read more 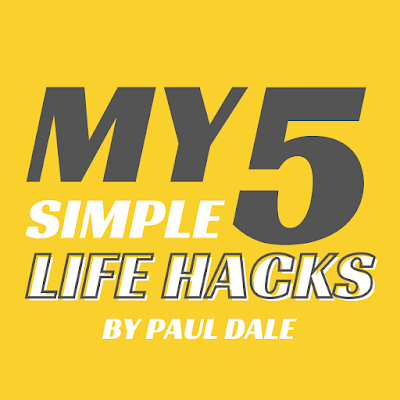 1. LESS TALK IS BETTER Better to remain silent and be thought a fool than to speak out and remove all doubt    - Abraham Lincoln You're not learning when you're talking. You're only going to learn or understand something when you are listening to what others have to say. If you are in conversation with anyone you will gain a complete understanding simply by listening to what others have to say and how they choose to say it. The advantage in any conversation goes to the person saying less and listening more! "There are none of Man's problems that can not be solved by sitting alone in a quiet room"    - Anonymous   2. HAVE A MORNING ROUTINE   How you wake up each day and your morning routine (or lack thereof) dramatically affects your levels of success in every single area of your life. Focused, productive, successful mornings generate focused, productive, successful days - which inevitably create a successful life.   -Hal Elrod   Morning routines are in equal m
2 comments
Read more
More posts