Have you ever watched a racehorse trying to catch its breath at the end of a race? Its nostrils flare as it takes in air but its mouth remains closed. It can be exhausted from a race and desperate for oxygen, but it never opens its mouth.

A dog will pant with its mouth open while running but a dog also uses its mouth to sweat. The horse, like humans, sweat through the skin. This is a fundamental similarity between humans and the horse.

Unfortunately, over time and through a lack of understanding humans have lost the art of nose breathing. For a long time, athletes and recreational runners have been told to push themselves hard during exercise, to the point where they must open their mouths and gasp for oxygen. But is this gasping for oxygen the natural way we should breathe when exercising?
Does pushing ourselves to this extreme level, and eventually experiencing the need to breathe through the mouth really make us fitter, healthier, and enhance our endurance capabilities?

Breathing through your mouth under any circumstances only pulls air into a small region near the top of the lungs, leaving most of the lungs unused. In extreme cases of exertion, "mouth breathing" eventually creates a state of hyperventilation. Because we are in this state of hyperventilation, we must push any air we already have in our lungs quickly out again in order to take the next gulp of air. This cycle of gulping air in and breathing out again as quickly as possible eventually creates an oxygen deficit. Muscles starved of oxygen and pushed to continue exercising begin to tire quickly and cease to work at their optimum level. What’s more, the athlete will experience muscle pain for several days after exercising until the muscles can recover.
Surely the goal of any competitive tennis player is to achieve optimum efficiency, which in physical terms means utilizing speed, strength, flexibility, and endurance over a long period of time. If the muscles are continually faced with this oxygen deficit after long rallies, the body will eventually start to perform below par.
Perhaps the humble horse was right after all!
Like the horse, when humans breathe through the nose air enters and spirals deep into the bottom of our lungs, making nose breathing the most efficient way to take in the maximum amount of air.

Nose breathing during exercise over a long period also allows the ribcage to operate as it was always intended to function. With each breath, the ribs are supposed to expand on inhalation and retract on exhalation.  If functioning properly, this “massaging” action of the ribs further aids the lungs in their work. Many athletes today have “frozen” ribcages and have lost the ability to benefit from this expanding and retracting action.

Twenty-five years ago I started the process of nose breathing when training. The benefits started to show after one week. These benefits were:

·   No more soreness after runs – the muscles were oxygenated  during the entire run
·  My heart rate dropped by 25% - the hyperventilation state was gone due to improved oxygenation of the muscle
·   My breathing rate went from 18 breathes per minute to 14 –   again, better and more efficient oxygenation of the muscles
·   Exercising became a more pleasant experience – the stressful state I believed was fundamental to getting “in shape” had been replaced by an almost meditative experience.

This is how you can incorporate nose breathing into your training and during matches:

1.     Learning to use nose breathing while exercising.
Running is perhaps the best way to learn nose breathing. Jog slowly while keeping the mouth closed and breathing through the nose. The breathing should automatically become deeper because nose breathing utilizes the entire lung. Continue to jog slowly and become accustomed to the long and slow breathing rate.

During inhalation and exhalation, try to breathe in the throat. You will begin to create a roaring noise similar to a jet airliner taking off!

As you become more proficient at breathing through the nose slowly increase your speed. This will tax the breath and as soon as you feel the need to open your mouth… reduce speed, even walking is fine, just resist opening your mouth to breathe! It will feel a bit like drowning in the beginning but your insecurity will pass.

Continue this speeding up and slowing down the process until nose breathing becomes more proficient and the need to slow down becomes less frequent.  The need to slow down less is a sign of progress. This will be the pattern of your runs for about one week and then you will notice the heart rate dropping, the rate of breaths per minute dropping, and your running speed increasing!

2.   Apply nose breathing to tennis
With this more efficient method of breathing becoming more natural to you it will now automatically take over whenever you walk upstairs, jog, or try to recover from any physically stressful activity.

While bursts of energy like the serve, overhead, and groundstroke winners benefit from an explosive exhalation, the inhalation process will benefit from nose breathing because it’s the best way to fill the lungs and has a calming effect during points.

Popular posts from this blog

KEYS TO THE TWO-HANDED BACKHAND 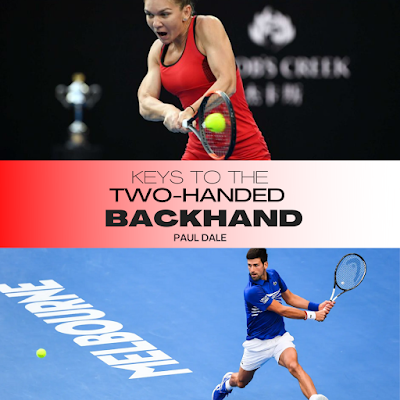 SO YOU WANT TO BE A PROFESSIONAL TENNIS PLAYER 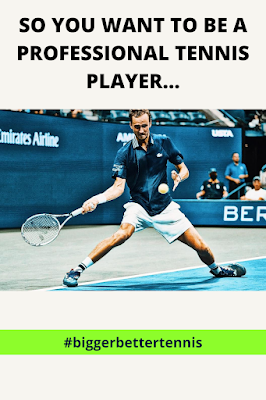 A no-nonsense look at what it takes to be a professional tennis player After what many would consider a successful career, jo-Wilford Tsonga recently retired from professional tennis. But I felt he could have done a lot more with his talent. I was able to see Tsonga off-court quite a bit, and over the last few years, he had become just a shell of the player he was when he first burst on the scene. He seemed to have accepted the role of a journeyman tennis player, a player who was merely going through the motions at each tournament and wasn't willing to put the extra work in to maintain his position as a top 10 player.  Many players, men, and women, merely show up each week to make up the numbers. Becoming a professional tennis player is not easy, and it's perhaps even more challenging to stay at the top once you get there. If your goal is to turn professional one day, there are 3 essential elements that you might not have thought about much. Watch out for outdated training meth
Read more

BECOME A MENTAL GIANT IN MATCHES 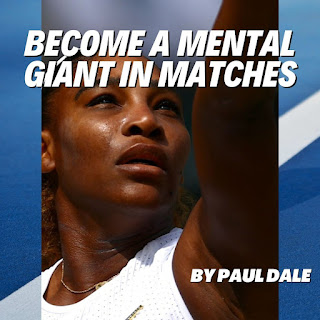 The number one question I get asked whenever a player needs help with something is how to improve the mental side of their game. Many of us are excellent in practice, but transferring those great strokes into real-life matches can be difficult. So, here are my suggestions on improving your mentality in matches and becoming a mental giant during competition. TRAINING THE EGO FOR IMPROVED RESULTS As a coach, I used to love the hard worker. I felt that I had the suitable material to mold a future champion if given a young player who worked hard. But often, these hard-working players, I call them Task motivated players, never fulfilled the potential I thought they had. The good results I expected just didn't materialize. Task-motivated players worked harder and longer than anybody else but often lacked the ability to clinch close matches and would sometimes  lose to players who didn't work as hard or train as well as them. So what was going on? I began to call these other players
Read more